From airsofting with your pals to zorbing down a hill, plan the ultimate last nights of freedom with our guide to stag weekends in Budapest.

When it comes to planning that all-important trip, you’ll want nothing more than to have days full of adventure and nights full of letting loose and non-stop partying. With that in mind, Budapest is THE place to be.

Whether you’re looking to kick things off with a booze night and bar crawl or celebrate in style with the guys in a party as you head into the city, Budapest is the perfect stag do destination for a weekend to end all weekends!

1. Test your balance and composure as you roll around in huge, inflatable Zorb balls.

2. Bounce around the football field in a hilarious game of bubble football.

3. Embrace the snow on one of Budapest’s epic bobsledding tracks.

4. Show off your expert Call of Duty skills in one of the best shooting ranges in Europe.

5. If you’re down for a shooting sport of Olympic proportions, clay pigeon shooting is the one for you.

6. Kick up some dust and become the next champion at indoor or outdoor go karting.

7. Get your game face on with a competitive (or friendly!) match of 5-a-side football.

8. Stock up on pellets and get your gear on for an awesome game of Airsofting.

9. Peddle away while you down a 30L keg of beer on one of Budapest’s famous beer bikes.

10. Shoots some beams and get the party started with a game of laser tag.

11. Plaster your pals with colour in an epic game of paintball.

12. Grab your helmets and rev up those engines on Budapest’s safari quad biking tracks.

13. Buckle up as you and the boys head out for some daring off road driving.

14. Think you’re the next Green Arrow? Put your skills to the test with some combat archery.

15. Turn the city into your very own amusement park on electronic monster rollers.

16. Bring the warzone to real life with Budapest tank driving.

17. Re-live your childhood dreams and feel the power as you drive around in a gigantic monster truck.

18. Up for some water sport action? Head out onto Budapest’s waters for some wakeboarding. 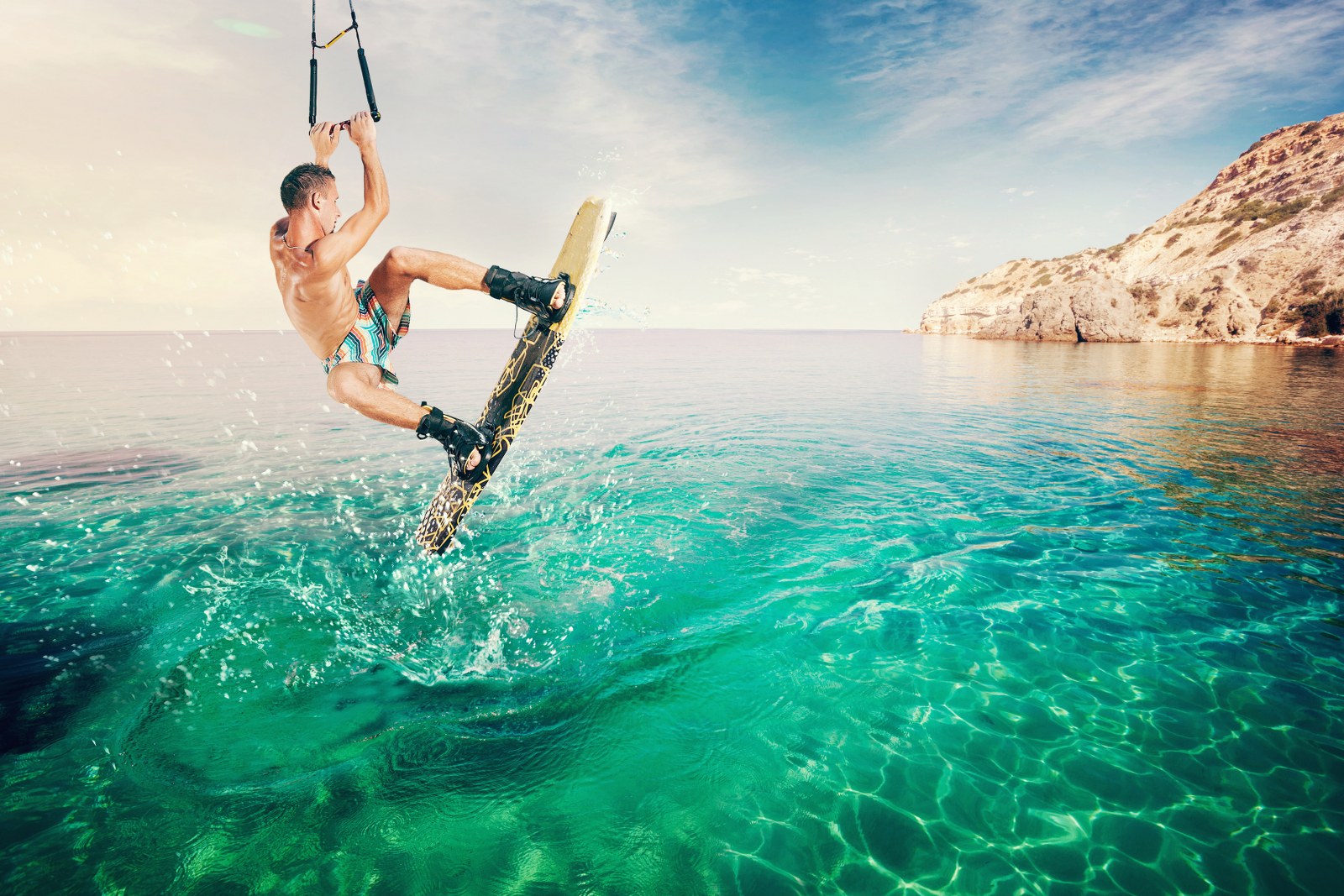 STUFF YOUR FACES ON YOUR STAG WEEKEND IN BUDAPEST

19. Need something to help warm your cockles? You can’t beat a decent traditional 3 course meal.

20. Step back in time as you and the lads feast on a Medieval banquet.

21. Eat good grub like the locals with a meal of traditional Hungarian goulash.

22. Book a table and dine out at the famous Onyx Restaurant.

23. The best way to get to a man’s heart is through food, beer and girls. With that in mind, you can’t go wrong with a steak & strip dinner.

STAG NIGHTS OUT IN BUDAPEST

26. Test your lady luck with a trip to one of Budapest’s casinos.

27. Scare your mate on his stag with a fake arrest and strip show ending.

29. Give the stag something to remember, and nothing is as unforgettable as being handcuffed to a midget/dwarf for an hour!

30. Grab a drink and relax during a private Budapest limo night tour – add a stripper for more fun!

31. Get the party started with party bus hire – it’s bigger, it’s better and you can make it hotter with a stripper!

32. Fancy some girl on girl action? Budapest’s lesbo shows are certain to go down a treat!

33. Prepare yourselves for something a little larger than life. Roly poly strippers are perfect for a stag do prank, or even if you’re just into that kind of thing… 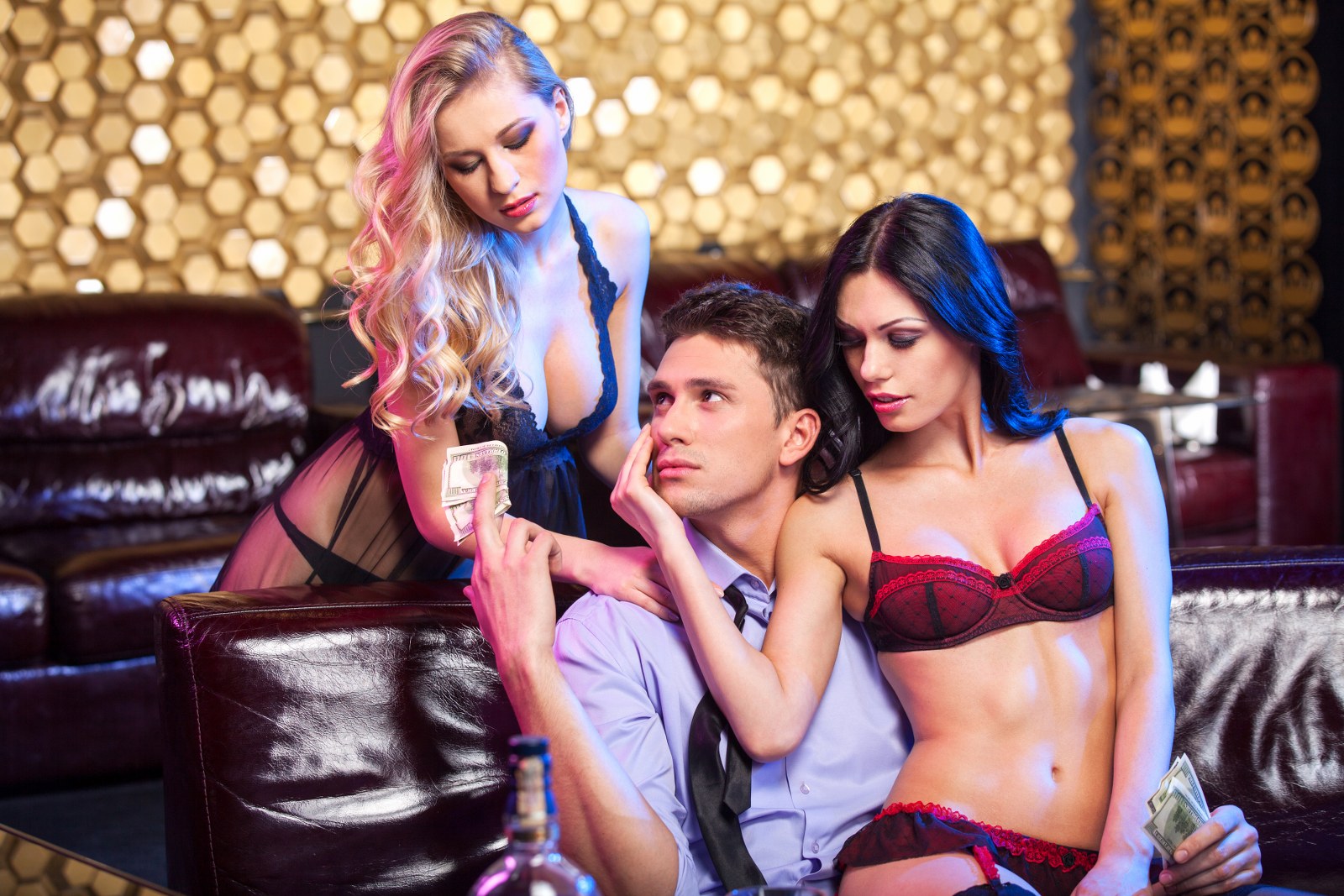 34. Everyone has heard of Icebar, it’s probably one of the ‘coolest’ bars in Budapest (see what we did there?)

35. Quench your thirst will a world class selection of cocktails, beer, wine and Pálinka at the club Ötkert.

36. Kick start your night at the Akvárium Klub and get ready for some truly great live music.

37. For all the Reggae and/or techno fans, Corvintető is THE place to be.

39. Pick your favourite club (you may have walked past it on your tour of the city) and get guest list nightclub entry.

40. Looking for a more VIP experience? Book a table or booth for your group and you’ll even get some bottles and mixers between you!

41. Get excited as you enter one of Budapest’s top lap dancing clubs.

42. Szimpla Kert is the OG ruin bar in Budapest, so grab a beer, jump in the converted Trabant car and listen to an acoustic jam session or two.

43. Mix ruin with the traditional club scene and you’ll find Anker’t. Perfect for those of you that want to do some vibing.

44. Check out the Fogasház ruin bar for a low-key night out in Budapest.

45. Paint the town red while on a pub crawl with your mates – be joined by a roly poly stripper for a larger than life show.

46. Get hammered on a night on the town with the lads with a tour of the best pubs, clubs and bars in Budapest – throw in unlimited shots to really get the night started! 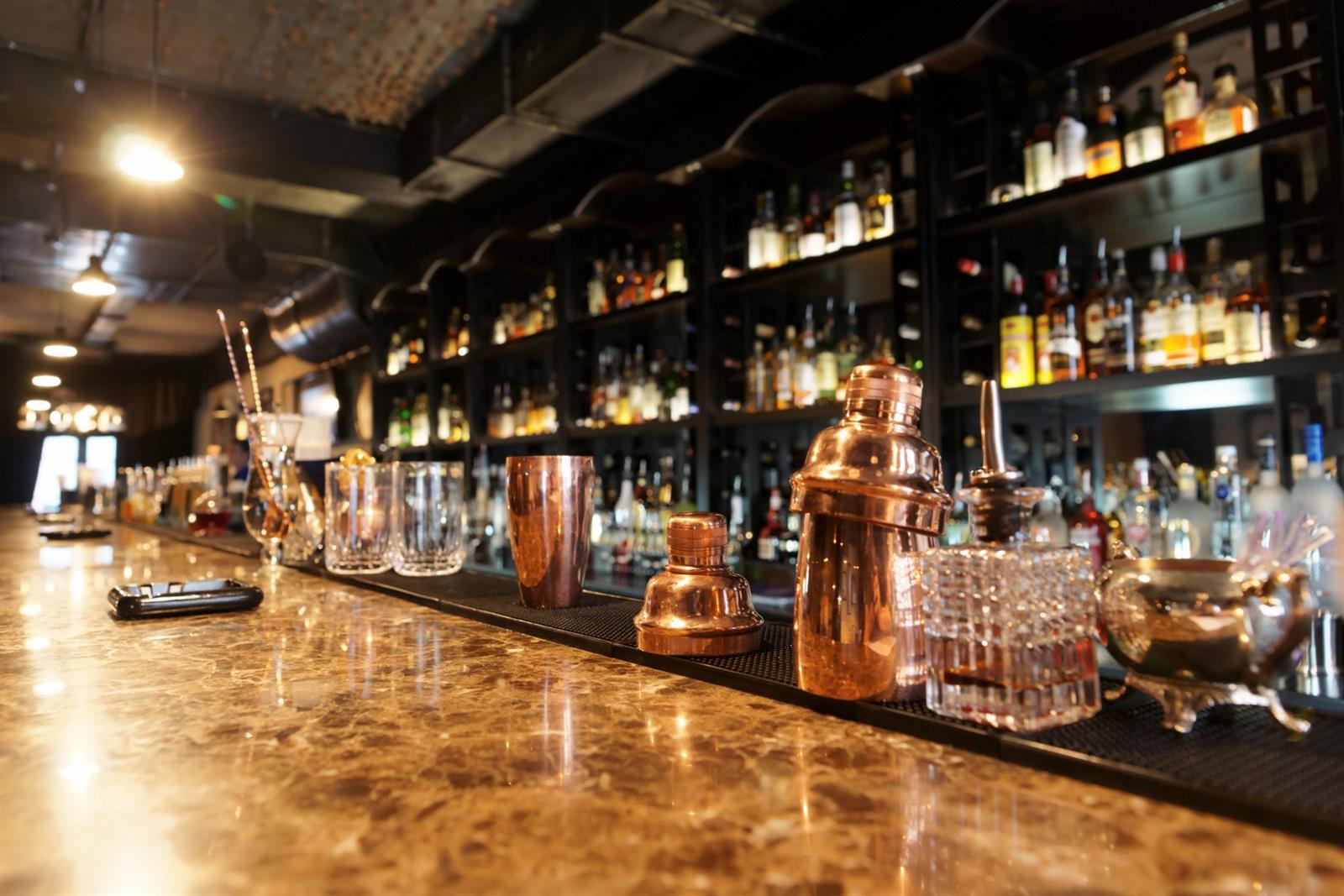 SOMETHING DIFFERENT ON YOUR STAG DO

47. Down those shots and snacks on a private brewery tour with the guys.

48. Bring out your inner Sherlock as you solve mysteries against the clock in an escape room.

49. Sit back and enjoy a ride like the good old days in a Trabant car.

50. Soak up the healing waters of the medicinal baths, or swim a few laps in the vast swimming pools at the Szechenyi Spa Baths.

51. Learn the history of the capital of Hungary with an iPad treasure hunt.

53. Enjoy the finer things in life with a wine tasting session with the boys.

54. Make new friends and meet tons of people on a public party cruise.

55. Feel the rush and adrenaline on a speedboat cruise – a more unorthodox way to see the city.

56. Refresh your holiday wardrobe with a shopping trip to Arena Plaza.

57. Splash the cash at the WestEnd City Centre shopping complex.

58. Let the stag arise from his slumber to a sexy wake-up strip show – there isn’t a better way to start the day off.

59. You’ll feel like you’re in heaven with a topless waitress serving you drink after drink on your stag do. Expect great views!

60. Hop on board a river cruise along the river Danube – add a strip show to keep the lads entertained.

61. Cruise along the river Danube while tucking into some good grub on boat cruise.

62. Place your bets and may the best man win at the horse races.

63. Let out your inner jockey as you try your hand at horse riding.

64. Get down and dirty in some sexy mud and/or oil wrestling – get the stag involved for some extra fun!

65. Feel like a professional Pâtissier as you dabble in a bit of strudel making.

66. Become the next Master Chef in one of the best Hungarian cooking classes in the country. 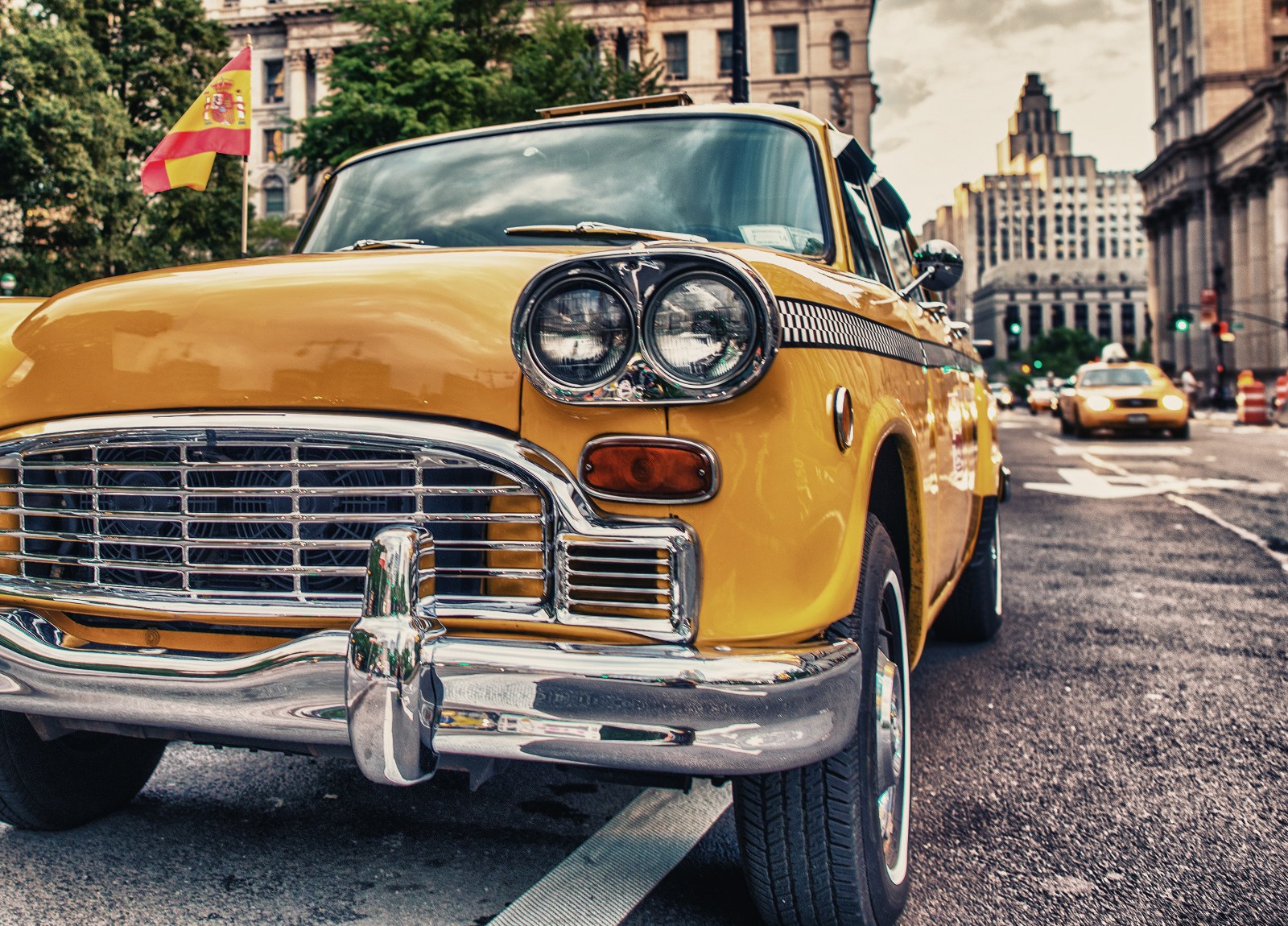 67. Join one of the largest music and cultural festivals in Europe – the Sziget festival.

69. Have a beer under the fireworks during the St. Stephen’s Day celebrations.

SEE THE SIGHTS ON YOUR BUDAPEST STAG DO

70. Get your bearings for the night ahead on a guided sightseeing tour of the beautiful Buda and Pest.

71. Hop on two wheels and take in the sights on a Segway tour around the city.

72. Get moving on a Budapest scooter tour as you take a historic step back in time to discover the Hungarian history.

73. Whizz through Budapest Old Town on a tuk-tuk tour with your mates.

74. Visit the famous Buda Castle for some great photography opportunities.

75. Take a trip to Fisherman’s Bastion and look out across the city.

With something for everyone in this majestic city, it’s no surprise that it’s one of the most popular destinations in Europe for stag dos – it’s budget friendly too!

For more Budapest stag do ideas, check out tons of other fun-filled activities, or visit our blog for some tips and tricks for planning the ultimate last weekend of freedom. 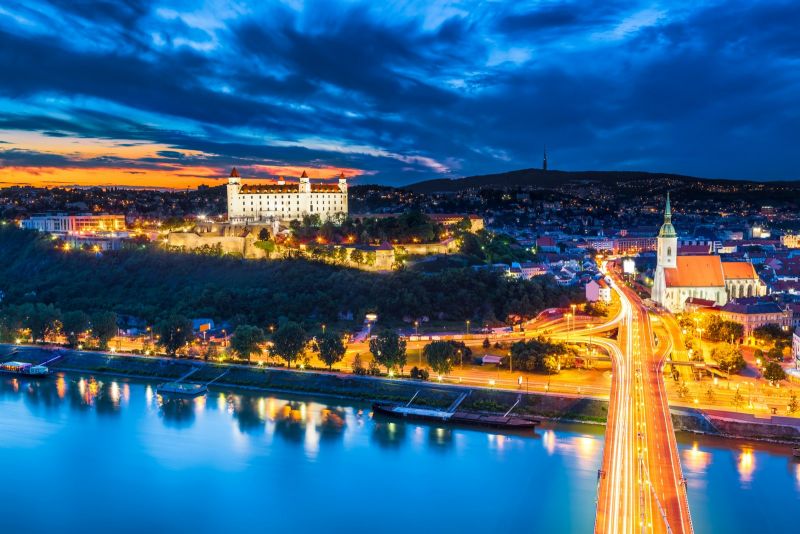 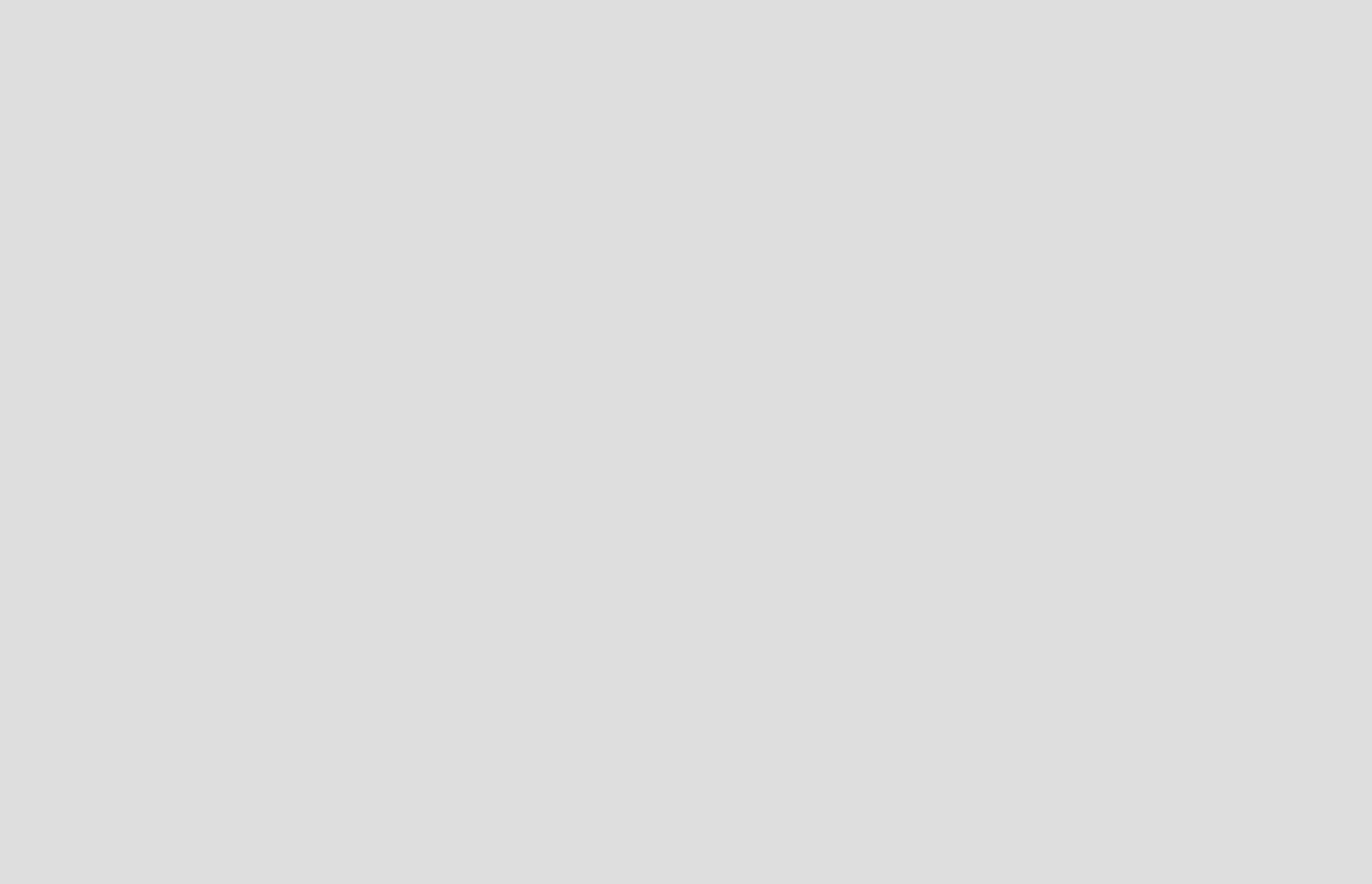 Top European Hen & Stag destinations European hens and stags can give you something raw, fun and very diverse. Check out our favourite places to stay for a hen/stag weekend. AMSTERDAM, NETHERLAN...